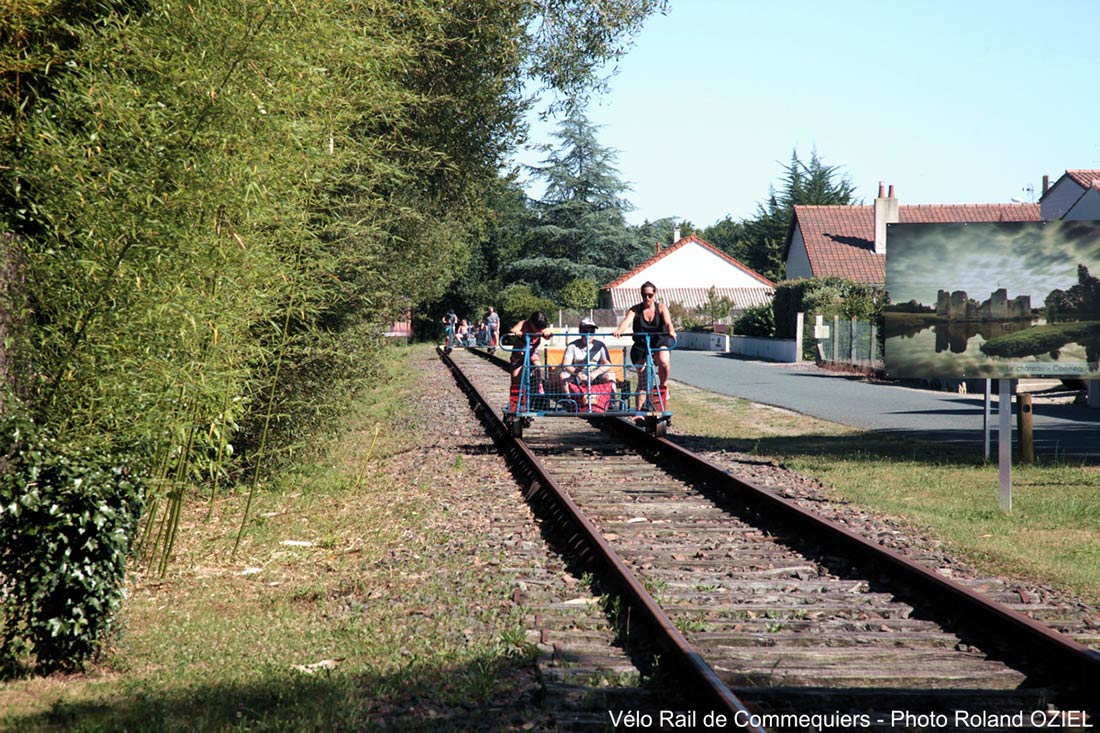 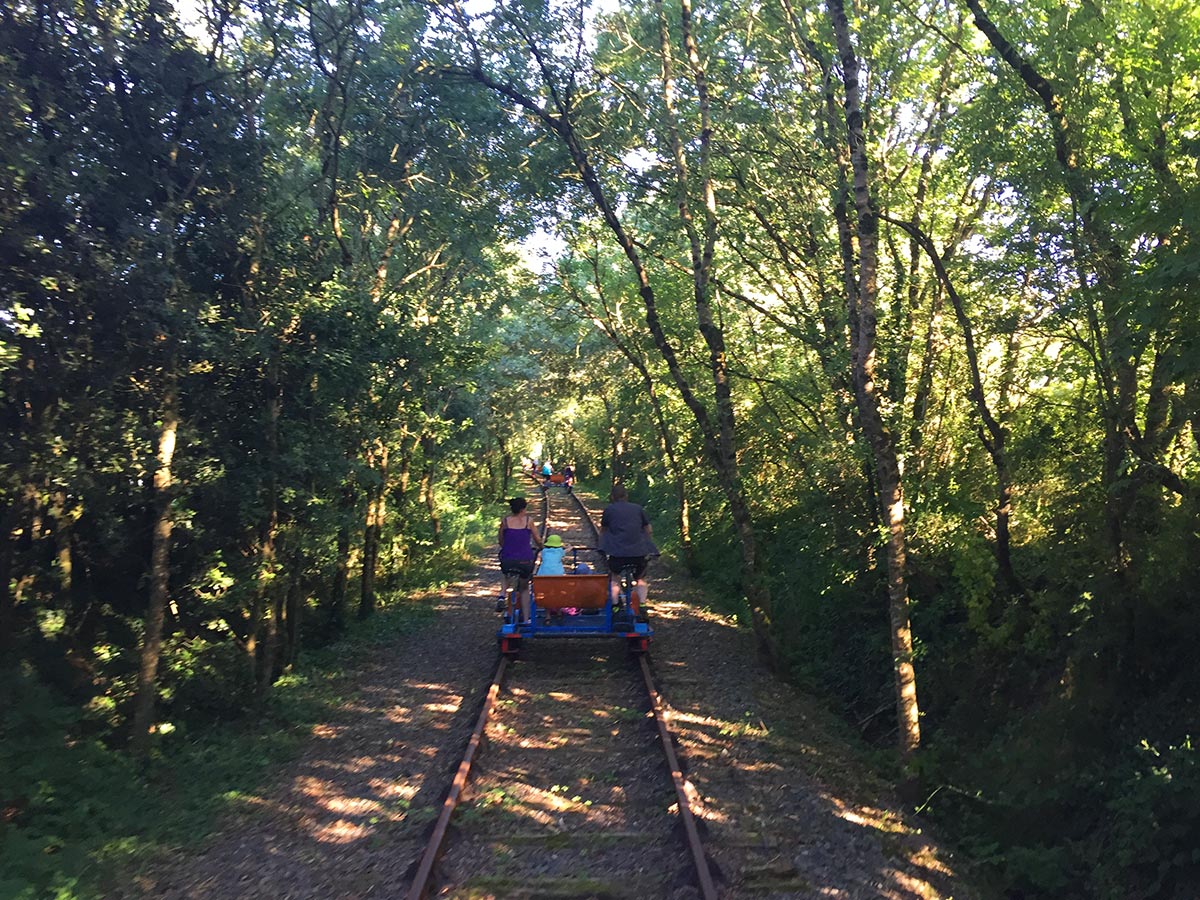 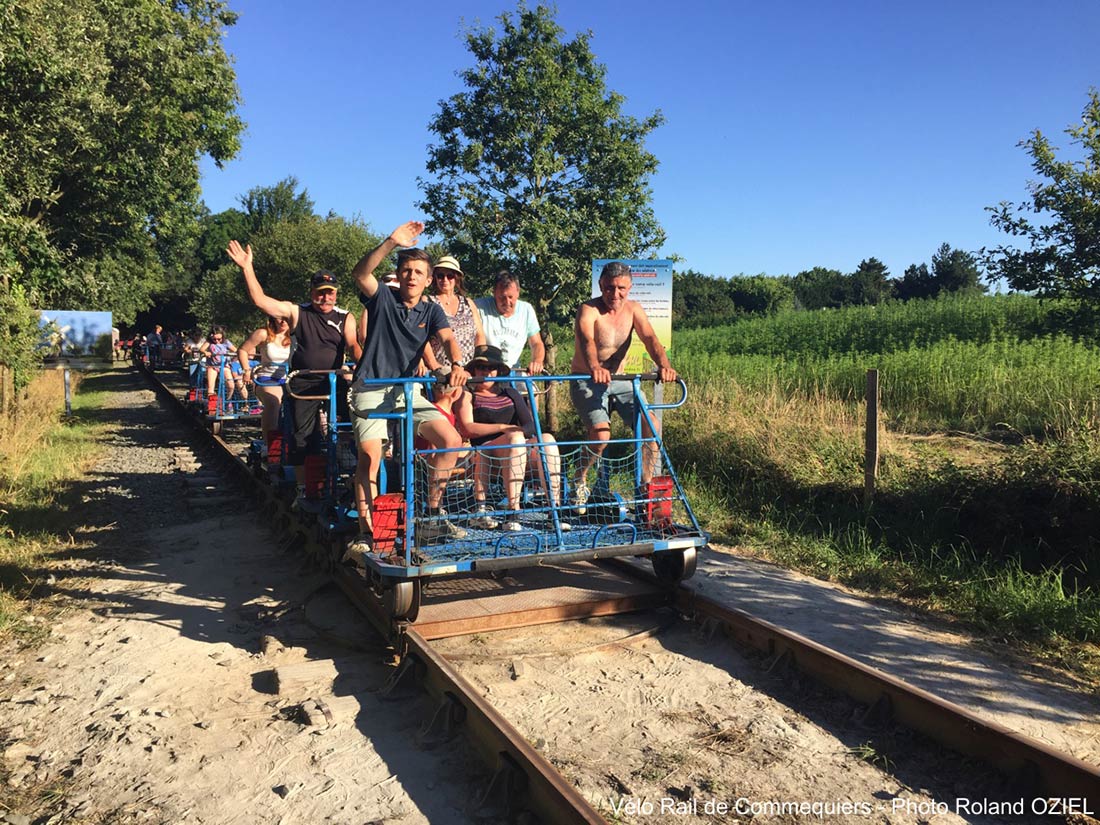 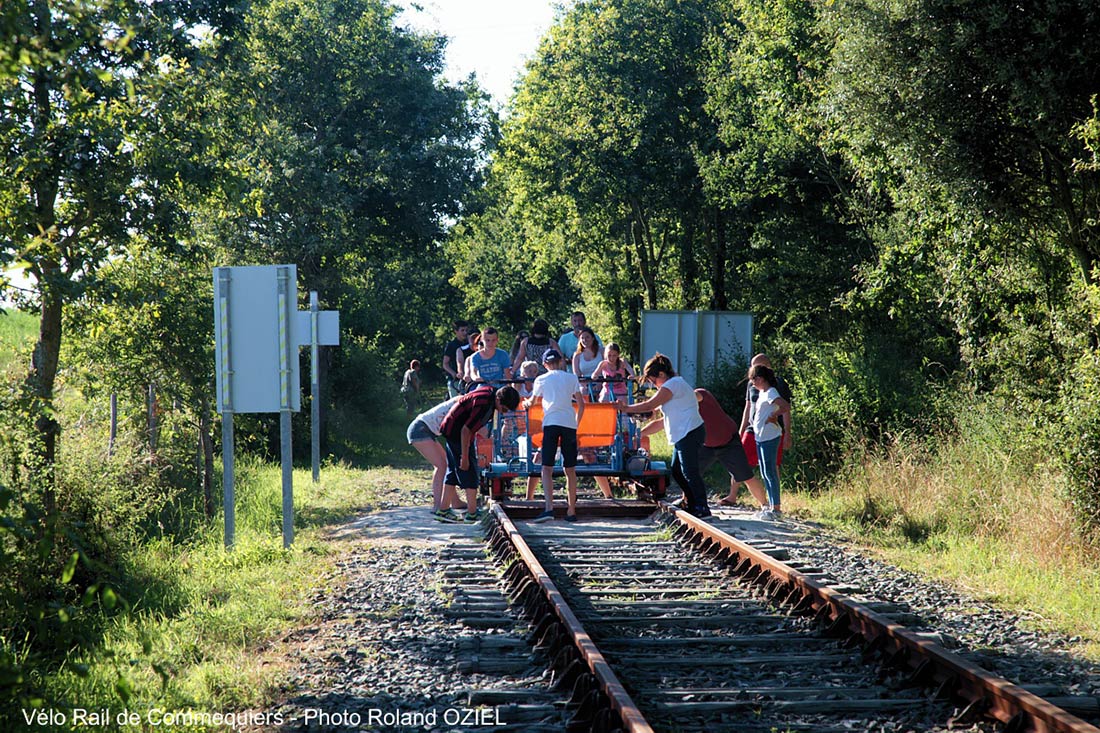 The rail bicycle station is located in Commequiers. The original station was built around 1890, with the aim of creating a typical French National Railroad style station made of bricks. It was located at the intersection of the destinations of Coëx – La Roche sur Yon, the coast of Notre Dame de Riez, Saint Gilles Croix de vie and Challans. Subsequently, the importance of the traffic with the trains which transported fertilisers, cereals, building materials, coal and especially cattle necessitated the installation of a hotel in a house built in 1895. This new hotel, located opposite the station, is called the “Hôtel du chemin de fer”. In the same year, the creation of the station restaurant appeared.

Closed in 1940, the line was put back into circulation under occupation until 1970. Closed again, it was reopened in 1982. Currently closed, in the direction of Roche sur Yon, only a section of the old line between Commequiers and Coëx, has been preserved, it is now used by the rail cycles of the Vélo rail, for use by visitors.

Today, the Vélo rail has its own station since the original one is currently a residential house. It is a place where travellers meet: some buy their tickets at the counter, others come back from an original ride.

The rail car allows one to move on the tracks. This vehicle was used to carry out railway track inspections by transporting technicians and equipment necessary for maintenance. These rail cars use different forms of energy: muscular (arms or legs) or steam or diesel.

Today, Commequiers’ rail bike has 20 cycle bikes. These use the leg muscles of two passengers. They carry 2 to 4 persons or even 5 including 1 child under 12 years old.

Embark aboard this unusual vehicle!!!!

This route allows you to discover and savour the charms of the green coast, the typical residences of the “bas bocage”. The track rises from Commequiers, and passes through Saint Maixent sur Vie, ending its adventure in the small town of Coëx. It is above all, a very friendly and a really enjoyable atmosphere throughout the ride. The Vélo rail guarantees an original and delightful ride to share with friends or family !!!

You will cross the Viaduct over the Vie river, made of riveted ramparts, like the Eiffel tower. A place where the rhythmic noise of the rail bicycle on the railway tracks and the torpor of this place so filled with tranquillity mingle in total harmony.

The “Vie” is a Vendée river serving the marshes. It has a 13 kilometre (8 miles) waterway. The name’s origin dates from the 11th century, “Via”, which perhaps comes from the term “Vigia”, i.e. humid. The river is inhabited by white fish (bleaks and roaches) and predators such as (pike, carp, perch…)

After having travelled 9.8 kilometres (6 miles) on the railway line, you arrive in the Municipality of Coëx. You will use the turntable to turn your railcar around in order to start your way back.

By continuing to browse this site, you agree to the use ofCookies. 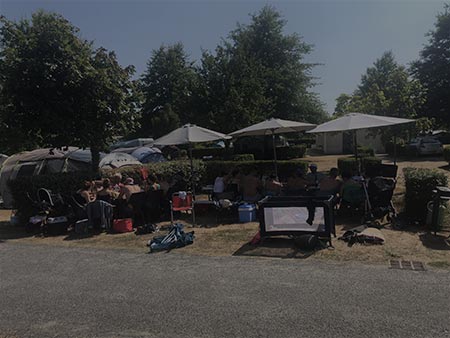